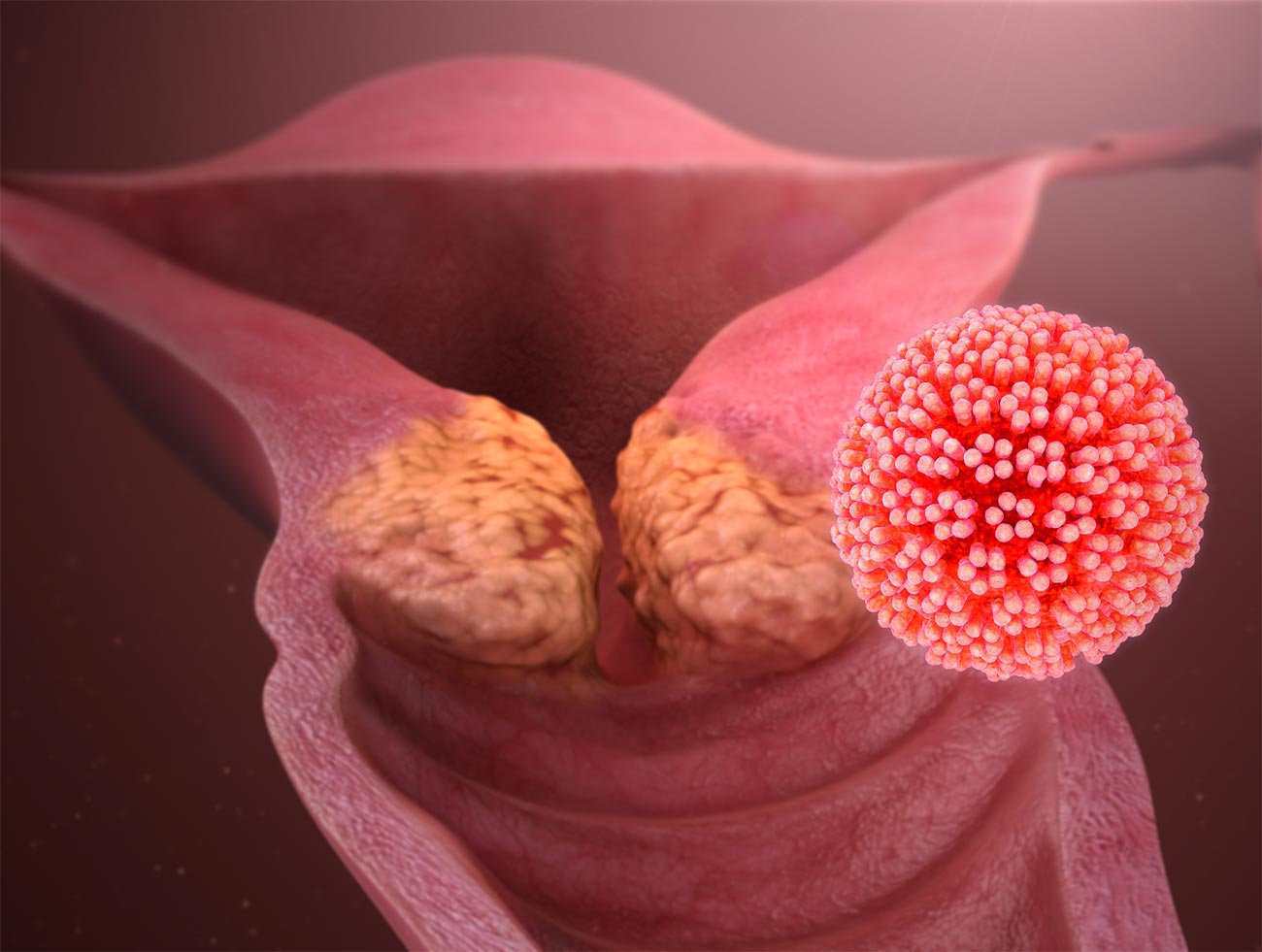 What is HPV and what risks does it entail?

The acronym HPV (Human Papillomavirus) refers to a family composed of over 100 different varieties of viruses that are responsible for infections, transmitted mainly sexually and very widespread in the genital area: it is estimated that 80% of women contract an HPV infection at least once in a lifetime.

Most variants of the virus provoke infections that cause non-visible manifestations or benign skin lesions (such as genital warts on vulva, internal surface of the vagina, cervix, and anus) that are transient and can resolve spontaneously.

Some strains, however, are responsible for infections, which, if persistent and not treated, can lead to the onset of cancers, such as cervical cancer, the fourth most common cancer in women worldwide, both by incidence and by mortality, in which the papillomavirus is present in almost 100 percent of cases.

Relationship between microbiota and HPV infections

Primary prevention of HPV infections occurs through vaccination, the administration of which should ideally take place before the start of sexual activity. The most recent scientific research also suggests that a healthy vaginal microbiota may play an important role in prophylaxis.

In fact, analytical studies have identified a correlation between the composition of the microbiota and HPV infection.

A dysbiotic vaginal microbiota, deficient in lactobacilli and, consequently, characterized by a high presence of pathogens, is more susceptible to the development of HPV infection.

On the contrary, a vaginal microbiota in equilibrium, consisting mainly of certain lactobacilli and with pH values ​​between 3.8 and 4.5, it appears to be associated with a lower incidence of HPV infections.

The new publications also suggest that the microbiota may have a positive or negative effect not only in the establishment of the papillomavirus, but also in its persistence and even in the progression into dysplastic lesions that can degenerate into cancers.

The protective role of Lactobacillus crispatus

Among the various species of lactobacilli, the Lactobacillus crispatus appears to be the most protective and the least associated with HPV infections.

According to the systematic review by BJOG (renowned international journal of obstetrics and gynecology), women with a microbiota in which Lactobacillus crispatus is not dominant have a 3 to 5 times higher risk of contracting HPV infections and 2 to 3 times more likely to have a high-risk HPV infection.

Conversely, a higher abundance of Lactobacillus crispatus has been shown to be associated with a lower prevalence of HPV.

To give you the best online experience, we use cookies, some also from third parties. By continuing to browse, you consent to their use. Cookies Policy